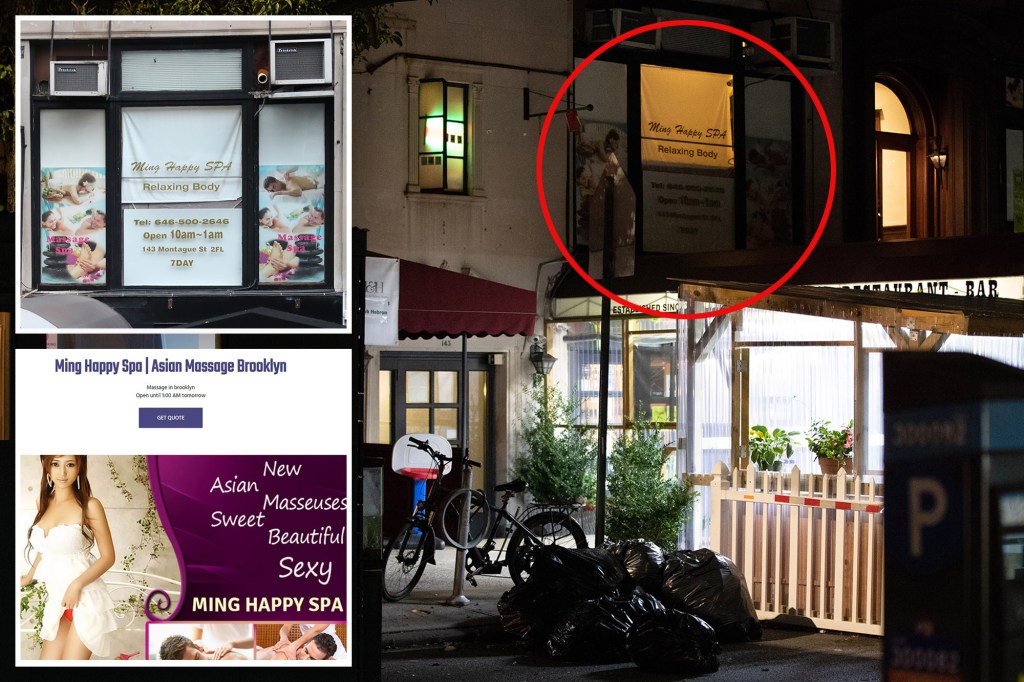 0 5
Share
In one of New York’s toniest neighborhoods, just a few blocks from the Brooklyn federal courthouse, a shady massage parlor is hidden in plain view. The Ming Happy Spa on Montague Street, conspicuously open until 1 a.m. seven nights a week, is next door to a high-end women’s boutique and operates an innocuous second-floor storefront that sees a steady stream of well-dressed male clientele late into the night.  The alleged illicit massage business in the upscale neighborhood is one of at least 629 others currently operating across the five boroughs — a network of illegal enterprises so vast, they outnumber Starbucks 2 to 1 citywide, according to data from Heyrick Research. For every Starbucks that’s in the five boroughs, there are at least two IMBs. In Queens, which has at least 269 open brothels, the illicit businesses outnumber Starbucks 5 to 1, the data from the intelligence-driven counter-trafficking organization that focuses exclus
Subscribe or log in to read the rest of this content.
brooklyn heightsbrothelsCrimehuman traffickingmassageMetrosex trafficking
0 5
Share FacebookGoogle+Email

It’s not that weird to feel schadenfreude when COVID-deniers get COVID, psychologists say