The Stock Market’s Hot Summer Became a Swoon. Where Does It Go Next? 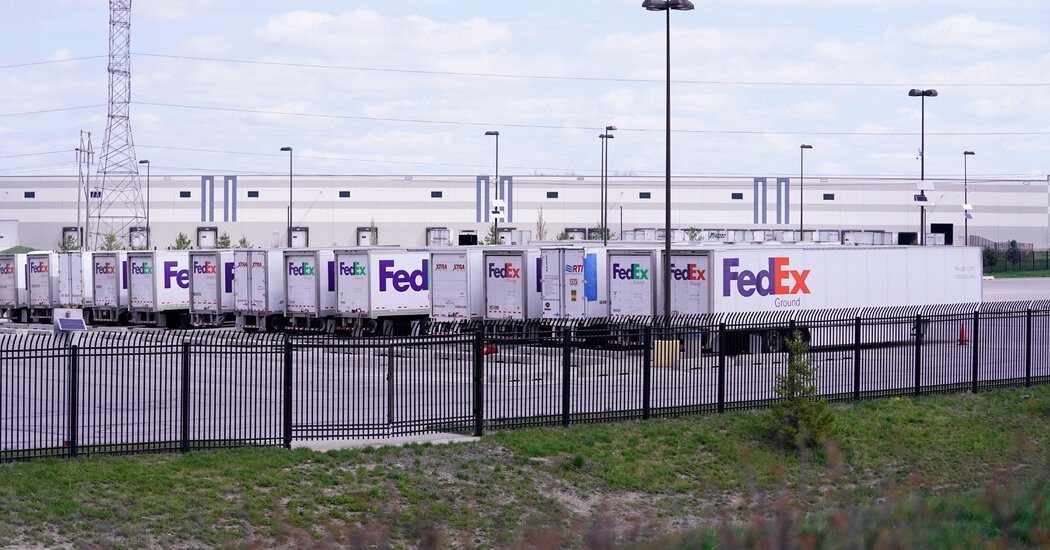 
Just four weeks ago, the stock market looked unstoppable. Seven straight months of gains had left the S&P 500 index up 21 percent for the year, corporations enjoyed record profits and economists predicted the fastest growth in decades.

All that changed in September.

The S&P 500 suffered its worst monthly drop since the start of the pandemic, as investors jettisoned tech stocks, small companies and industrial shares in the face of a befuddling mix of signals about the next chapter of the pandemic recovery.

Now, with the fourth quarter underway, slowing growth, rising inflation, supply chain snarls and the persistent threat of the coronavirus all threaten to erode investor confidence and clobber corporate profits — just as brinkmanship in Washington has all but dashed hopes for further fiscal stimulus. Hovering above the fray is the Federal Reserve, which has indicated that it is about to pare back the money-printing programs that fueled the market’s rise over the last 18 months.

In short, despite the improving public health situation, some investors now expect the final three months of 2021 to be the bumpiest since the pandemic crashed the market in early 2020.

“We’ve seen a tremendous amount of government support and stimulus,” said Matt Quinlan, portfolio manager for the $3.5 billion Franklin Equity Income Fund. “There’s an element of, you know, ‘What happens from here?’”

All these issues have been simmering for months, but they didn’t seem to bother investors until late September. Then came the Fed’s signal that it was all but certain to start cutting back — or tapering — the $120 billion in new money it has been pouring into markets every month since the pandemic hit.

That money has been a primary catalyst for the market’s explosive rise even as the pandemic upended most facets of our daily lives.

“You’ve had a market that has been heavily reliant on this overflowing bowl of stimulus,” said Edward Moya, a senior market analyst at Oanda, a foreign currency exchange and brokerage firm. “I think the market is really going to struggle once it loses its fix.”

September began with mixed results, but the Fed’s announcement transformed what had been a slight decline into a rout. The S&P 500 ended September down 4.8 percent, the blue-chip benchmark’s worst monthly showing since March 2020.

Of late, the market seems increasingly sensitive to one-off news events that investors might have shrugged off when shares were steadily marching higher. The S&P 500 fell on Monday, dropping 1.3 percent as big tech stocks struggled. The prospect of growing regulatory scrutiny seemed at the heart of the slump: Facebook plummeted 4.9 percent after Frances Haugen, a former employee who is scheduled to testify before Congress Tuesday, appeared on “60 Minutes” to discuss the social media giant’s business practices.

“Facebook, over and over again, has shown it chooses profit over safety,” Ms. Haugen said on the program.

Before the arrival of such volatility in September, the summer had been remarkably smooth.

Stocks seemed to clamber to record highs almost every day, even as the Delta variant of the coronavirus complicated the recovery around the world and economists began to quickly cut back forecasts for the best economic growth in decades. There were 53 new highs through the end of August, the most at that point in the year since 1964.

Company updates on corporate profits, considered a key driver of stocks, were a wellspring of investor confidence. Earnings reports from the second quarter — released starting in July — were spectacular. Nearly 90 percent of companies posted better numbers than Wall Street analysts had expected, a bonanza that brought even more confident pronouncements from corporate executives. That prompted the analysts who underestimated growth in the second quarter to lift their expectations for the third quarter — and the next year — even higher.

These so-called forward earnings revisions are simply the best guesses of Wall Street analysts who are employed to follow major companies, but they are hugely influential, helping to justify the prices investors are willing to pay for stocks.

“That had been a big tailwind behind the market,” Liz Ann Sonders, chief investment strategist at Charles Schwab, said of rising earnings expectations.

But in recent weeks, analysts have started to quickly cut back their expectations for earnings. Some of the earliest corporate results that have trickled out — before the bulk of the reporting season starts later this month — have been greeted as disasters.

The quarterly profits that FedEx reported on Sept. 21 fell 10 percent, far worse than Wall Street’s expectations, sending its shares down 13 percent in the following days. Bed Bath & Beyond tumbled more than 20 percent after reporting underwhelming results on Thursday.

The culprit behind all that corporate carnage is the same: climbing costs that are eating into profit margins.

FedEx executives said labor shortages had cost the company $450 million during the quarter.

“The difficult labor market had the largest effect on our bottom line,” FedEx’s chief financial officer, Mike Lenz, told analysts in a discussion of its results.

Those same dynamics, along with the decrease in government spending as pandemic relief programs petered out, seem to be slowing down the economy. Since June, economists have revised down their growth estimates for 2021 gross domestic product from 6.5 percent to 6.0 percent, which would still be the best year since 1984. G.D.P. growth is a key driver of revenue growth for major corporations, so analysts now think companies are likely to post weaker sales numbers as they face climbing costs.

“There’s a potential for an earnings recession, meaning you have a couple of quarters of negative earnings growth,” said Mike Wilson, chief U.S. equity strategist at Morgan Stanley, who thinks the sell-off could continue through the end of the year. “The risk of that happening is increasing.”

Of course, wild cards could turn the market around. Positive news on Covid treatments or cases can buoy enthusiasm, just as Merck’s announcement about an antiviral pill to treat Covid-19 did on Friday. So could agreement in Washington on more spending, which could offset the slowdown in growth.

Mr. Wilson also said he was closely watching the behavior of retail investors. The millions of individual traders who flooded the stock market over the last year have helped keep stocks rising. Market slumps have been met with a rush of traders eager to “buy the dip” — but that wasn’t the case in September.

Katie Melanson, who works in insurance and lives outside Seattle, has watched her trading gains from the last few years dwindle to $12,000 from about $20,000. And she’s not buying yet.

Last year, she said, she notched gains of about 56 percent in her brokerage account. “It was obviously great when everything was going up, up, up,” Ms. Melanson said. “It’s definitely been a bummer to see it go down.”

Mr. Wilson of Morgan Stanley thinks the reaction of these new investors to disappointment could help determine how quickly the market turns around.

“We have a lot of new participants in the last year due to Covid and people being at home and having some money in their pocket,” he said. “They’re learning, like we all did, that markets go up — and down.”

U.S. will use all steps necessary to defend its economic interests against China, top trade official says

Stocks Usually Gain in the Fourth Quarter. Why This One Is Off to a Bad Start.