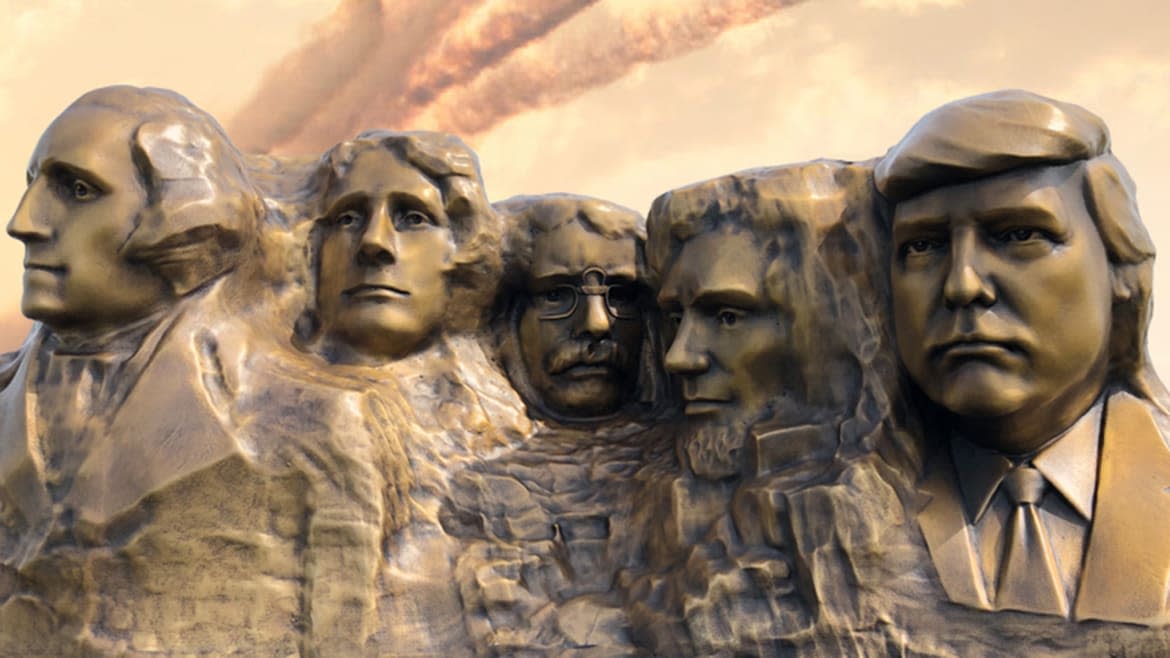 0 4
Share
Photo Courtesy Tom LawrenceSIOUX FALLS, South Dakota—The sculptor Gutzon Borglum put George Washington, Thomas Jefferson, Abraham Lincoln, and Theodore Roosevelt on Mount Rushmore.South Dakota Gov. Kristi Noem added Donald Trump—to a replica of the massive granite monument that she commissioned and then presented when he delivered a speech at a controversial Mount Rushmore celebration on July 3, 2020.The piece has never been publicly seen and little was known about it beyond a disclosure filing with the Office of Government Ethics that indicated it cost $1,100, which Noem’s office said was paid for by private donors.But the Daily Beast has obtained a photo of the replica, which as The New York Times first reported, does indeed depict Trump carved into the Lakota people’s sacred Black Hills, right next to Lincoln’s face.Donald and Melania Trump at Mount Rushmore on July 3, 2020. Saul Loeb/AFP via GettyTrump reportedly wished that his mug could be added to the real th
Subscribe or log in to read the rest of this content.
0 4
Share FacebookGoogle+Email