There’s a Worldwide Energy Crunch. Here’s How to Play It. 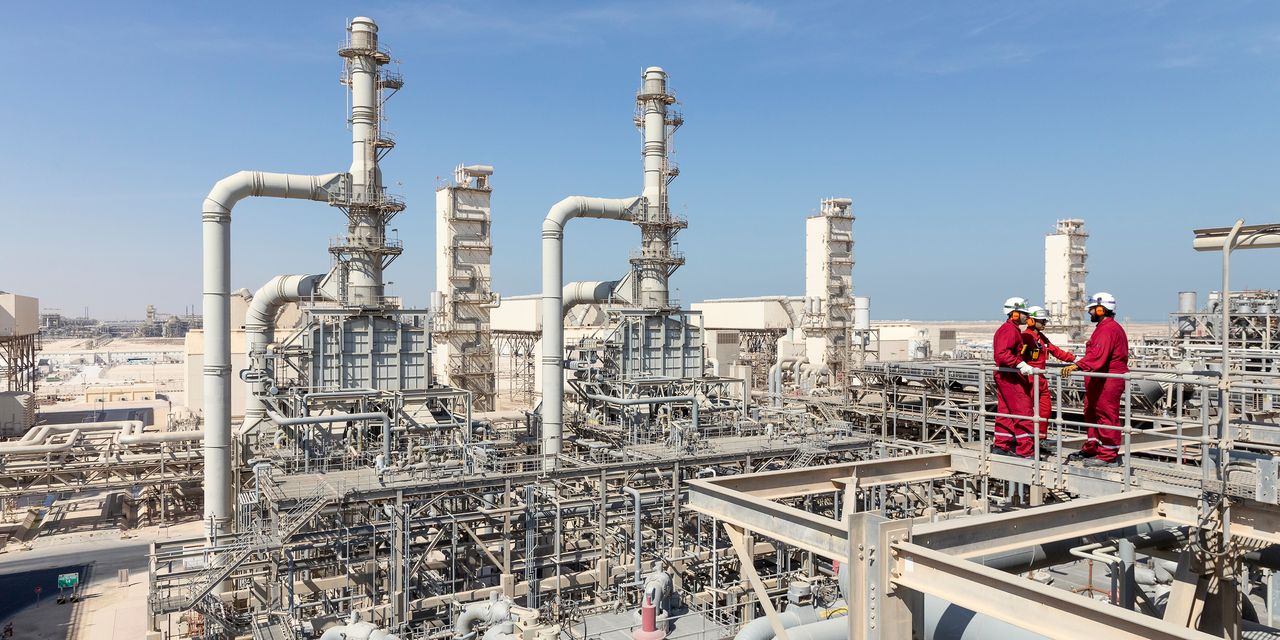 
Natural gas has long been oil’s poor step-cousin, a commodity that many ignore until they have to pay their heating bill.

Now, natural gas is the lead player in a drama that is gradually dragging down the world economy. A surge in the price of the commodity—along with other fuel sources, like coal and propane—is forcing countries to reduce factory production, and could drive heating and electricity prices sky-high this winter.

Analysts have already been downgrading global growth forecasts based on the energy crunch. Goldman Sachs recently forecast that China wouldn’t grow at all in the third quarter versus the prior quarter, in part because of its energy problems. In the United Kingdom, power companies serving nearly two million people have gone out of business.

In the U.S., natural-gas futures rose above $6 per million British thermal units (BTUs) during the week, nearly quadrupling from their pandemic lows. Oil demand is rising with gas, as some utilities are likely to switch their input fuel to oil as gas stays expensive.

The problem is even more acute in places that have to import more of their fuel. Europe and Asia are bidding up the cost of liquefied natural gas, or LNG, to secure enough for winter. European gas prices have roughly quadrupled from their five-year average, and were recently trading at a record $32 per million BTUs, according to S&P Global Platts Analytics. The Asian benchmark price hit an all-time high of $34 on Thursday.

There is no simple answer for why multiple energy sources are expensive and scarce today. A cold spell late last winter in Europe led to low levels of gas in storage. U.S. producers, which account for the largest share of gas production in the world, have held back on drilling new wells as they work to get their balance sheets in line after years of overspending. The Chinese economy had been rebounding, causing demand to surge just as supplies were running low. And the prices of other commodities such as coal have been rising too, making it difficult for power producers like utilities to switch their input fuels. Oil and gas have also been beset by the same problems facing all global markets—too few workers to move the fuel.

Climate change’s role in the power crunch is also tricky. Carbon emissions are leading to more severe weather that is damaging energy infrastructure. One reason oil and gas supplies are low now is that Hurricane Ida damaged infrastructure in the Gulf of Mexico, taking substantial supplies off line.

But combating climate change also brings challenges. The transition to cleaner fuels hasn’t always gone smoothly. One reason European power prices have increased is that the wind simply didn’t blow enough in recent weeks to power turbines that make up a growing portion of the Continent’s power supply.

“There will be two parties in this debate,” says Daniel Yergin, an expert in energy markets who is vice chairman at IHS Markit. “One is saying let’s go faster, and the other is saying you’re going too fast. Don’t constrain investment when you don’t really have sufficient alternatives to replace what you’re constraining.”

For investors, the power crunch opens up new opportunities. It could be months before the market comes back into balance. A cold winter could lead to even higher prices that would not only sap economic growth but possibly cause political upheaval.

The obvious beneficiaries would seem to be natural-gas producers. But it isn’t quite so simple, in part because most producers have already hedged their 2021 production and most of their 2022 output at lower prices. “Any of the hedges even for next year are well under $3,” says Truist Securities analyst Neal Dingmann.

He thinks that investors can still get natural-gas exposure, and benefit from rising oil prices too, by purchasing stocks of oil companies that also happen to be large gas producers.


Cimarex Energy (ticker: XEC), which won shareholder approval this week to merge with


Cabot Oil & Gas (COG). Cabot is unhedged on 2022 production as of its latest earnings report. Similarly, dry natural gas and natural gas liquids account for nearly half of production at


Marathon Oil (MRO), which also has reported relatively few hedges for this year and next, Dingmann says.

Larger oil companies tend not to hedge production, either. Among the biggest beneficiaries could be


Royal Dutch Shell (RDS.B), a major producer of propane, whose prices have also skyrocketed, Dingmann notes. “In the third quarter, I think people are going to be very surprised” by how much these companies make from gas, he says.

Get a sneak preview of the top stories from the weekend’s Barron’s magazine. Friday evenings ET.

Another way to play these dynamics is to invest in companies that are key cogs in the global supply system, like


Cheniere Energy (LNG), whose terminals on the Gulf Coast allow U.S. gas to be processed and shipped overseas. Small-cap


Tellurian (TELL) offers exposure to the same theme, though it is more speculative.

“It’s excellent for LNG companies,” says Rebecca Babin, senior energy trader at CIBC Private Wealth Management. “There was concern that there was overinvestment in LNG as recently as two years ago.” No longer.

Some petrochemical companies could benefit, too. Chemical plants need natural gas to run. Those with operations in the U.S. are in better shape because they’re paying relatively less, notes Rich Redash, the head of global gas planning at S&P Global Platts. That could benefit

Write to Avi Salzman at avi.salzman@barrons.com

The job market is still ‘red hot’ despite recession fears, as the Great…