Theta Broke Through the $8 Resistance Level, but Then What Happened? – FX Leaders 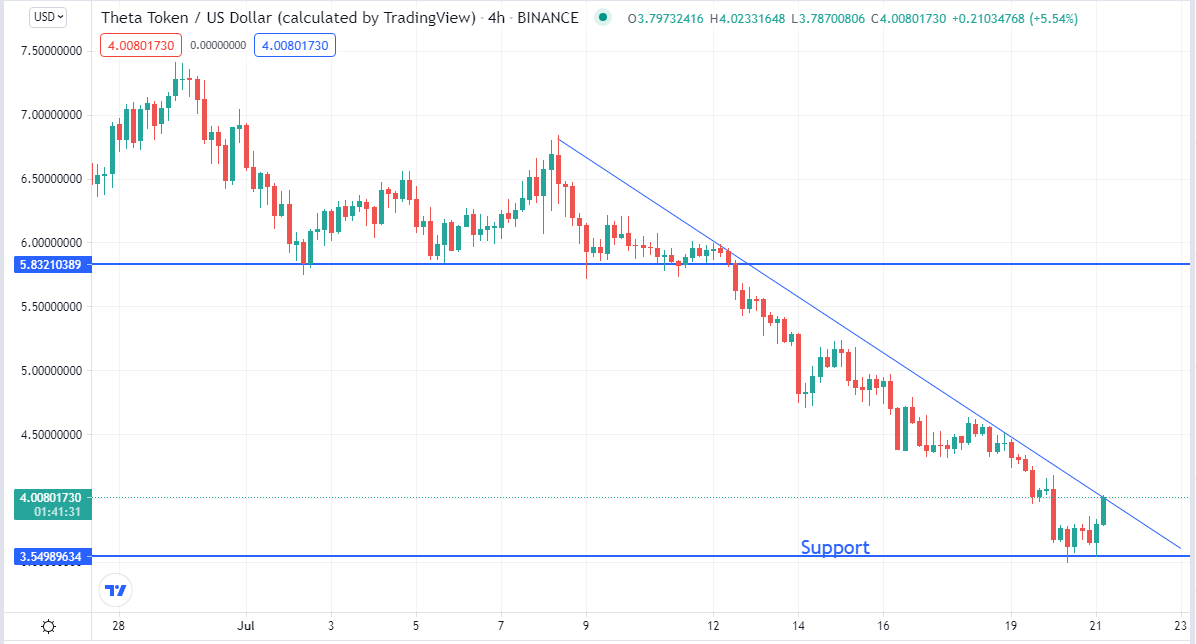 
Theta is at $6.91 (THETA/USD) as of this writing, which is down 3.29% compared to yesterday. It has been falling since Tuesday, where the coin was testing the $8 resistance level.

Theta began the week very strong, shooting up Monday morning from Sunday’s $7.324 to $8.291. That’s the highest numbers Theta has seen since late June, where it briefly tested the $10 resistance.

This digital coin has been on the rise since July 20th, steadily working its way back up after the price dropped off in early June. Investors have seen sporadic activity from the crypto since then with an overall upward trend. So, the bearish behavior over the last couple days is expected to continue, and Theta is very likely to reverse course by the weekend. Otherwise, we could see a major spike on Monday, repeating this week’s performance.

Should You Invest in Theta Now?

While Theta is on the downtrend currently, investors may want to give it a second look. Its performance over the last two months has been stellar, so analysts are seeing this midweek downturn as potentially very temporary.

Theta went bearish early in the month off the back of the news that it was now being supported by MetaMask, which operates as a dApp wallet. Investors were quick to buy Theta coins in anticipation of greater interoperation between Theta and other blockchains. Theta is also expected to achieve greater mainstream exposure with this new support. That news brought with it in 18% price increase for Theta.

We predicted Theta would move past the $8 resistance level recently, and we expect it to go much higher over the coming weeks. We predicted it would move past the $10 resistance level as well, but how soon that will happen is difficult to guess at this point. All signs point to now being a good time to invest while the market is strong and Theta is on an upward path.