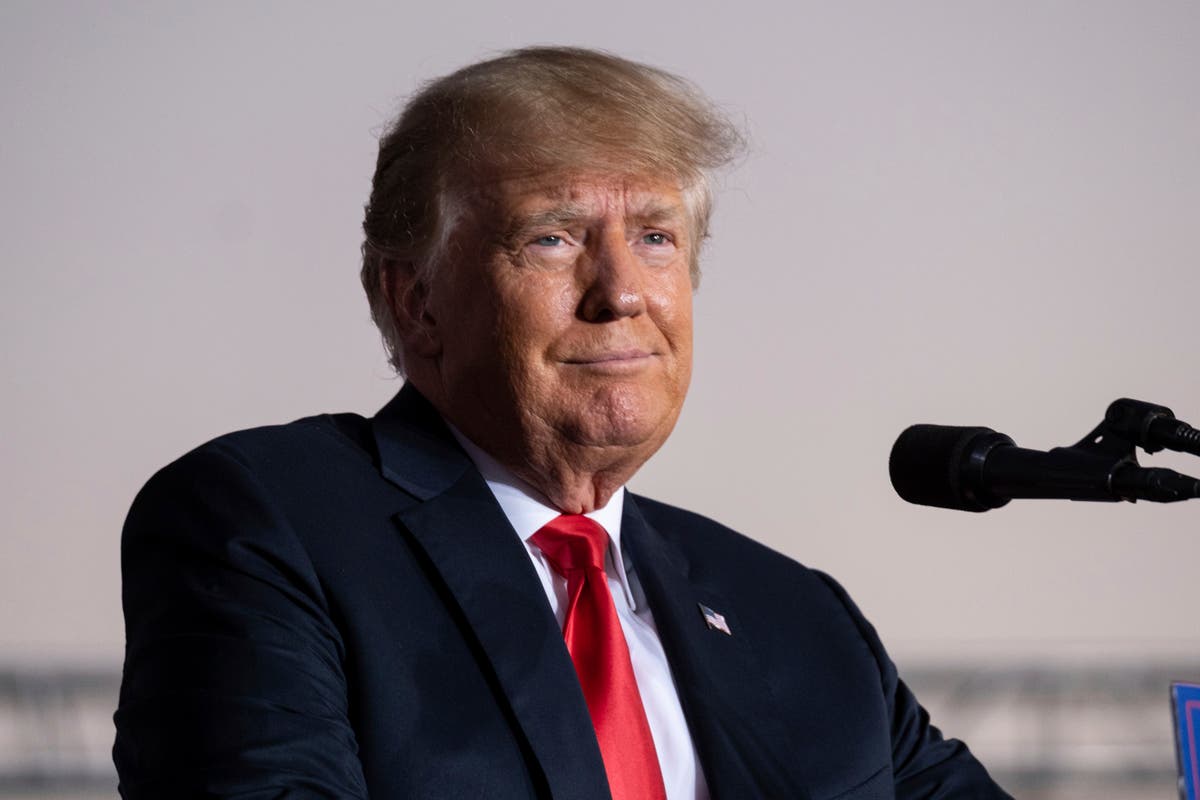 0 6
Share
Former President Donald Trump discussed the potential of a 2024 bid for a second term in the White House, telling a right-wing network one factor that would deter him for runningSpeaking with Real America’s Voice on Friday evening, Mr Trump suggested that “a bad call from a doctor or something” could halt his plans to retake the presidency.Mr Trump has not said specifically that he will run in 2024, but has indicated a clear interest in returning to the White House. The New York Times’ Maggie Haberman has reported that the former president has even flirted with conspiracies claiming that he could be “reinstated” as president as soon before the end of the year.The air of will-he-or-won’t-he speculation that has descended upon the potential 2024 GOP primary field as a result has dampened the excitement for GOP voters around the potential runs of any other top Republican figures, such as Mike Pompeo, Mr Trump’s former secretary of state, and former UN Ambassador N
Subscribe or log in to read the rest of this content.
0 6
Share FacebookGoogle+Email

The Retiree’s Dividend Portfolio – Jane’s August Update: Own Your Mistakes And Grow Them