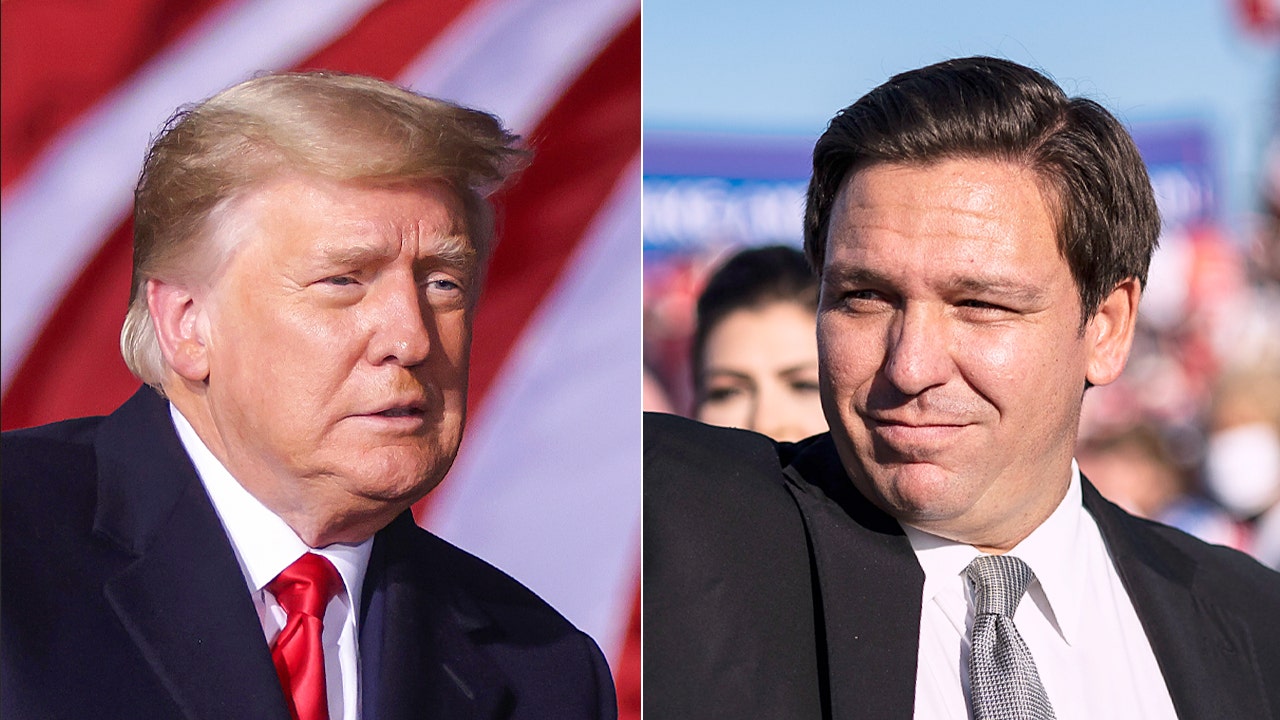 
Less than a week before he returns to the state that kicks off the race for the White House, former President Trump says in a new interview that if he runs again for president, most other Republicans would “drop out.”

But if Florida Gov. Ron DeSantis, whose standing among conservatives has skyrocketed over the past year and a half, also makes a bid for the 2024 GOP nomination, Trump emphasizes “I’d beat him.”

The former president made his comments in excerpts released Sunday from an interview with Yahoo Finance that’s scheduled to be published on Monday.

Trump remains very popular and influential among Republican voters and GOP politicians as he continues to play a kingmaker’s role in party politics and repeatedly flirts with launching a third straight presidential campaign, to try and return to the White House.

Trump remains the overwhelming front runner in all of the extremely early polls in the 2024 Republican presidential nomination race. But in hypothetical questions with Trump not on the ballot, DeSantis and former Vice President Mike Pence top the large field of potential contenders in most surveys.

The conservative governor saw his popularity surge among Republican voters in his state and around the nation over the past year and a half, thanks in large part to his combative push back against COVID-19 restrictions amid the pandemic.

DeSantis, who faces a potentially challenging reelection next year, continues to spark more 2024 speculation with his political trips outside of the Sunshine State.  He was in western New York State on Tuesday, keynoting a fundraiser as he continues to haul in big bucks as he gears up for his 2022 reelection campaign.

“I don’t think I will face him,” Trump said in the interview when asked about possibly facing DeSantis in a 2024 GOP presidential nomination showdown. “I think most people would drop out, I think he would drop out.”

But Trump touted that “if I faced him, I’d beat him like I would beat everyone else.”

DeSantis pushed back against 2024 speculation this past week, telling Fox News’ host Sean Hannity “I’m not considering anything beyond doing my job.”

“We’ve got a lot of stuff going on in Florida. I’m going to be running for reelection next year and we’re also working on a lot of things in the state beyond just the governor’s race,” the governor emphasized Thursday night on Fox News’ “Hannity.”

Trump’s interview comes less than a week before the former president’s rally next weekend at the Iowa State Fairgrounds in Des Moines. It’s Trump’s first stop since the 2020 election in the state whose caucuses for half a century have kicked off the presidential nominating calendar.

Trump, when asked about running again in 2024, told Fox News in a recent interview that “I don’t think we’re going to have a choice.” And on Sept. 11, during a stop at a New York City police precinct and neighboring firehouse in midtown Manhattan as he paid tribute to first responders on the 20th anniversary of the 9/11 terrorist attacks, Trump said “I know what I’m going to do, but I’m not supposed to be talking about it yet from the standpoint of campaign finance laws, which, frankly, are ridiculous.”

Peter Thiel helped Mark Zuckerberg strike a secret deal with Trump during his presidency, and 6 other extraordinary details from a new book about the billionaire tycoon

MAGA supporters have raised $2 million for a jailed Marine. But the soldier says he hates how Trump has divided the US.