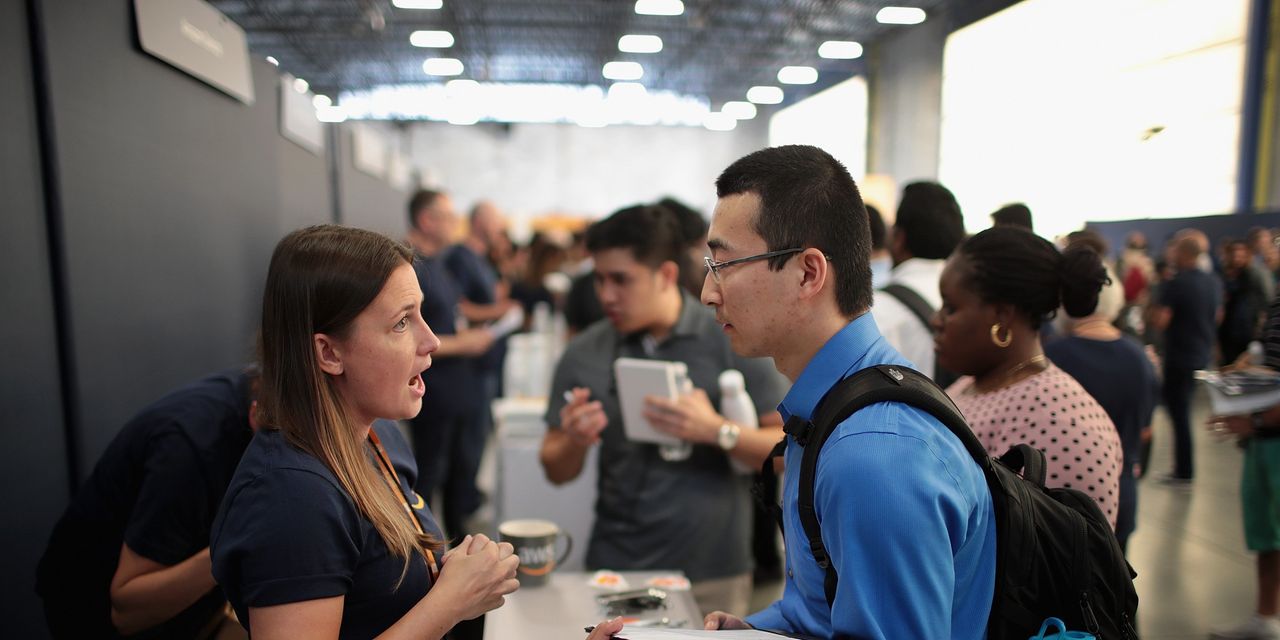 
The numbers: U.S. private-sector employment increased by 568,000 in September, according to the ADP National Economic Report released Wednesday. The gain was well above forecasts from economists surveyed by the Wall Street Journal who expected a gain of 425,000 jobs. It is the biggest gain since June.

Big picture: The data is in line with economists expectations for Friday’s job report for September from the Labor Department. Economists expect the Labor Department report will show economy added a net 500,000 jobs in September, up from the disappointing 235,000 jobs added in August, according to a Wall Street Journal poll. The unemployment rate is expected to tick down to 5.1% from 5.2%.

However, during the pandemic, the ADP survey has been a poor bellwether of month-to-month for the Labor Department’s employment report.

were set to open lower on Wednesday but not by as much as before the ADP data was released.

Rates are rising but stocks can keep climbing, too