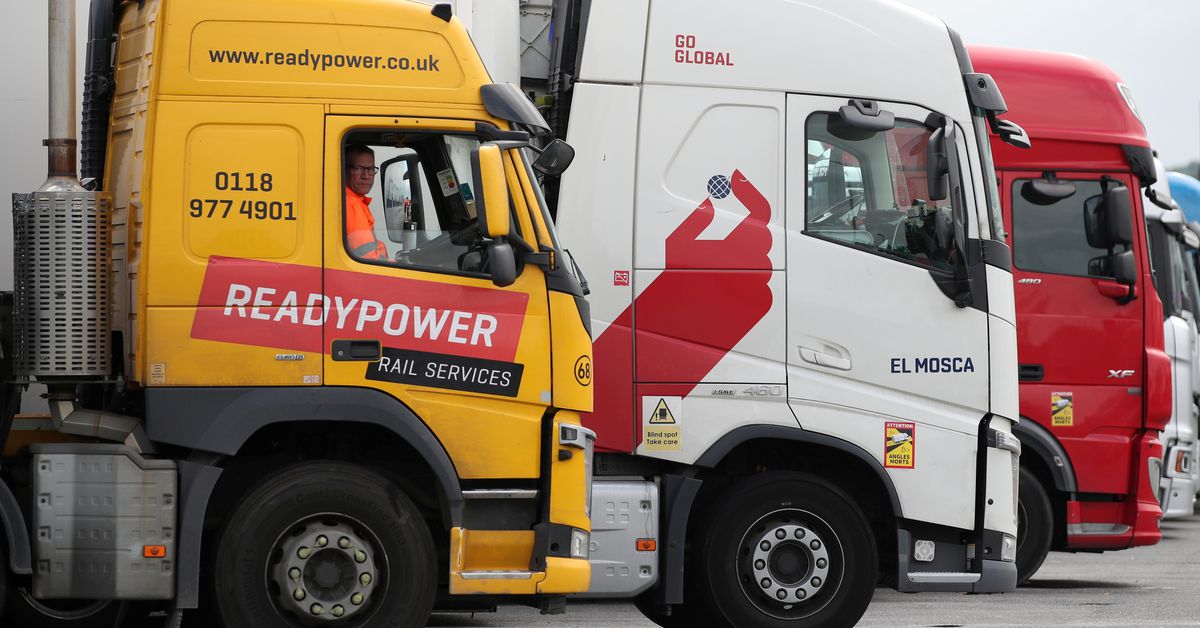 0 7
Share
Lorries are seen at an HGV parking, at Cobham services on the M25 motorway, Cobham, Britain, August 31, 2021. REUTERS/Peter Cziborra/File PhotoUK to issue 5,000 temporary visas for truck driversHaulage industry claims a shortage of 100,000 driversRetail sector says government plans are insufficientUK to grant 5,500 short-term visas to poultry workersLONDON, Sept 25 (Reuters) - Britain’s decision to issue temporary visas for 5,000 foreign truck drivers is a short-term fix that will not solve an acute labour shortage that risks major disruption for retailers in the run-up to Christmas, business leaders have warned.Long lines of vehicles formed at petrol stations for a second day on Saturday as motorists waited in line, some for hours, to fill up with fuel after oil firms reported a lack of drivers was causing transport problems from refineries to forecourts, leading some operators to ration supplies and others to close gas stations. L1N2QR05AThe fuel supply issues come on the
Subscribe or log in to read the rest of this content.
AGPROAGRIBEVBRXTCMPNYCOMCOVIDCWP
0 7
Share FacebookGoogle+Email

Protestors demonstrate against COVID-19 passes in the Netherlands

Bitcoin Will Disrupt the Payments Industry, Says Strike CEO After BTC Tipping Rolls Out on Twitter – The Daily Hodl