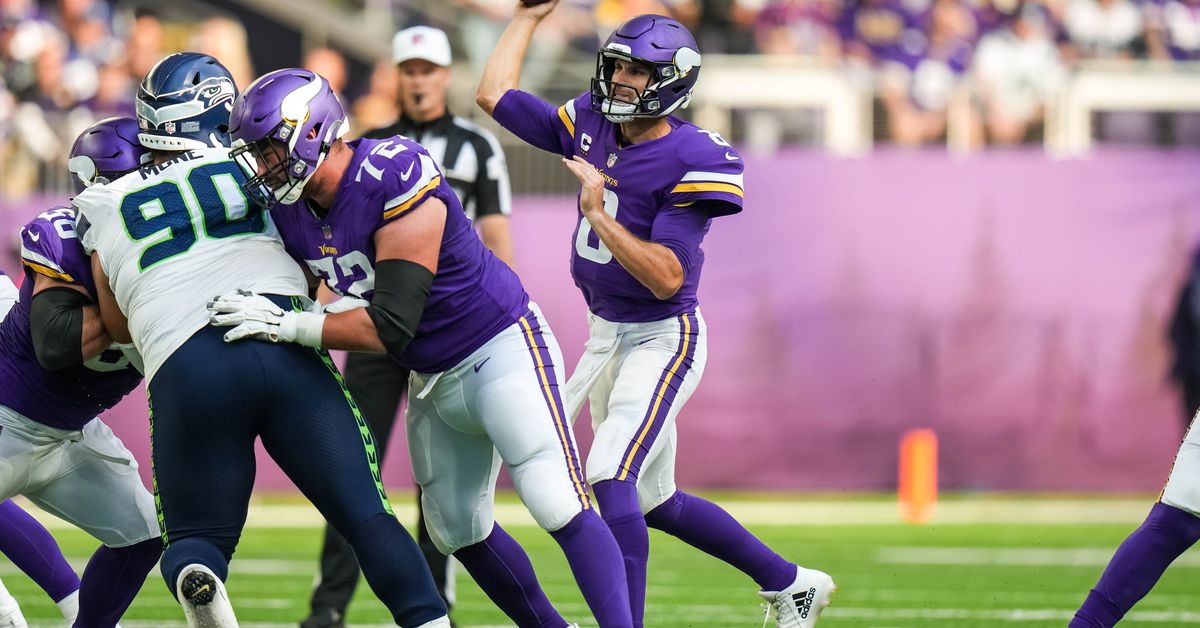 0 8
Share
There’s no place like home for the Vikings - at least a home full of fans- as the Vikings played their first game at home in front of a full stadium in nearly 700 days. The used the occasion to do something the Vikings have never done before: beat Russell Wilson. It looked like it would be a track meet in the first half, as neither defense could do much to slow down the other team. The Vikings managed to go up 21-17 after falling behind early, thanks to a well executed two-minute drill, and a near flawless performance by Kirk Cousins. But the Vikings defense stepped up in the 2nd half, holding Wilson and company scoreless, while adding three field goals of their own, leading to a comfortable 30-17 victory. So finally getting off the snide with a win and a 1-2 record, who was good and not so today? Blue Chip Stocks Kirk Cousins. He had a near flawless performance, going 30/38 for 323 yards, 3 TDs, no turnovers, and a 128.4 passer rating. He made a few clutch throws
Subscribe or log in to read the rest of this content.
0 8
Share FacebookGoogle+Email