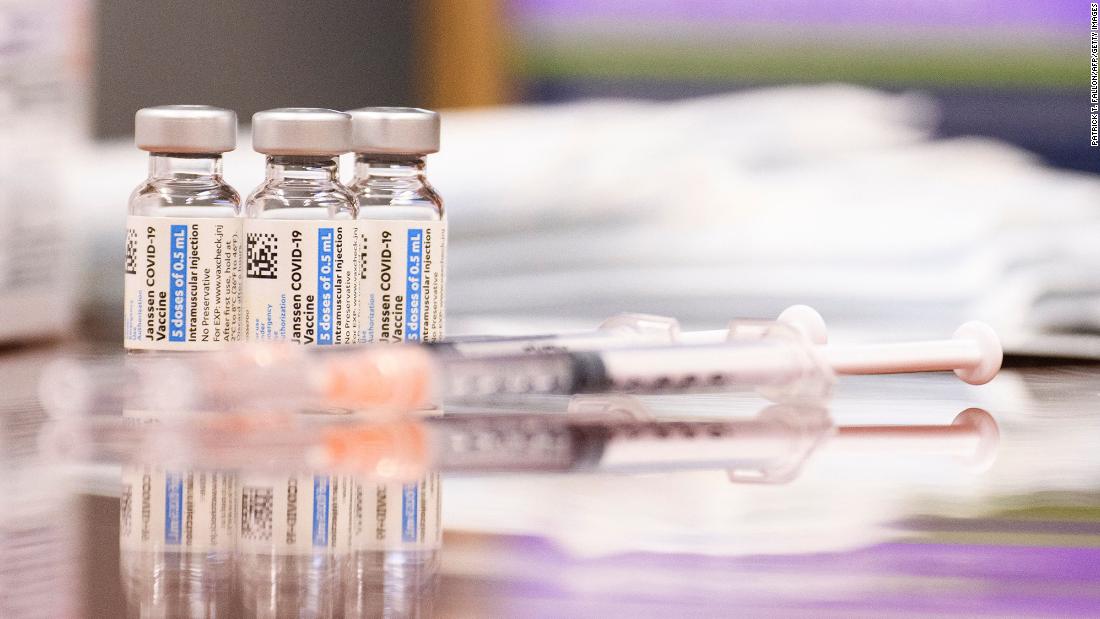 The woman, who was in her late 30s, was vaccinated on August 26 and died on September 7 from thrombosis with thrombocytopenia syndrome, known as TTS. It’s a rare and potentially deadly clotting event that has been linked with the J&J vaccine.

“The safety and well-being of every individual who receives a Johnson & Johnson product remains our top priority,” a spokesperson at J&J told CNN.

“Any adverse event report about individuals receiving Johnson & Johnson’s single-shot COVID-19 vaccine, as well as our own assessment of the report, is shared with the U.S. Food and Drug Administration (FDA), European Medicines Agency, the World Health Organisation (WHO) and other appropriate health authorities where our vaccine is authorized,” the spomesperson added.

“We strongly support raising awareness of the signs and symptoms of the rare events described in the FDA Factsheet for the vaccine, to ensure they can be quickly identified and effectively treated.”

The local health agency did not identify the woman who died. But early this month, the website of The Oregonian newspaper published an obituary for 37-year-old Seattle resident Jessica Berg Wilson that said she died September 7 from a rare vaccine-induced blood clotting syndrome.

In a statement, the CDC said it was aware of the case and the report “indicates a plausible causal relationship between the J&J/Janssen COVID-19 Vaccine and TTS.” The agency said it will release updated information on TTS cases later this year.

Earlier this year, the CDC and US Food and Drug Administration recommended a pause in the use of the J&J Covid-19 vaccine after a small number of reports of blood clots among people who had received the Johnson & Johnson vaccine, most of them women younger than 50. Use of the vaccine resumed shortly after with a new warning about the risk of blood clots, and clear instructions for health care providers about the particular treatment required.

Health officials said the Johnson & Johnson was safe and effective, and the benefits of the single-shot vaccine far outweighed the risks.

Indeed, severe blood clots are just one of many serious risks from Covid-19; the virus has caused more than 700,000 deaths in the United States. More than 186 million people in the United States have been fully vaccinated — nearly 15 million received the Johnson & Johnson vaccine — with few serious side effects.

TTS “is rare, occurring at a rate of about 7 per 1 million vaccinated women between 18 and 49 years old. For women 50 years and older and men of all ages, this adverse event is even more rare,” the CDC says.

CDC says people who received the Johnson & Johnson vaccine should look out for symptoms of a blood clot with low platelets for several weeks after vaccination, and should seek medical care immediately if they identify any. Symptoms include: “severe or persistent headaches or blurred vision, shortness of breath, chest pain, leg swelling, persistent abdominal pain” and “easy bruising or tiny blood spots under the skin beyond the injection site.” It can be treated with anticoagulants other than heparin.

There is no increased risk of TTS after vaccination with the Pfizer-BioNTech and Moderna vaccines, CDC says. “Women younger than 50 years old, especially, should be aware of the rare but increased risk of this adverse event, and they should know about other available COVID-19 vaccine options for which this risk has not been seen,” the agency says.

TTS has also been linked to AstraZeneca’s coronavirus vaccine, which is not authorized for use in the United States, but is widely used in other countries. Both the AstraZeneca and J&J vaccines use a common cold virus called an adenovirus to carry the vaccine’s active ingredients into the body.

CNN’s Lauren Mascarenhas and Michael Nedelman contributed to this report.

Biden draws attention to Democrats’ popular policies, and away from their messy politics