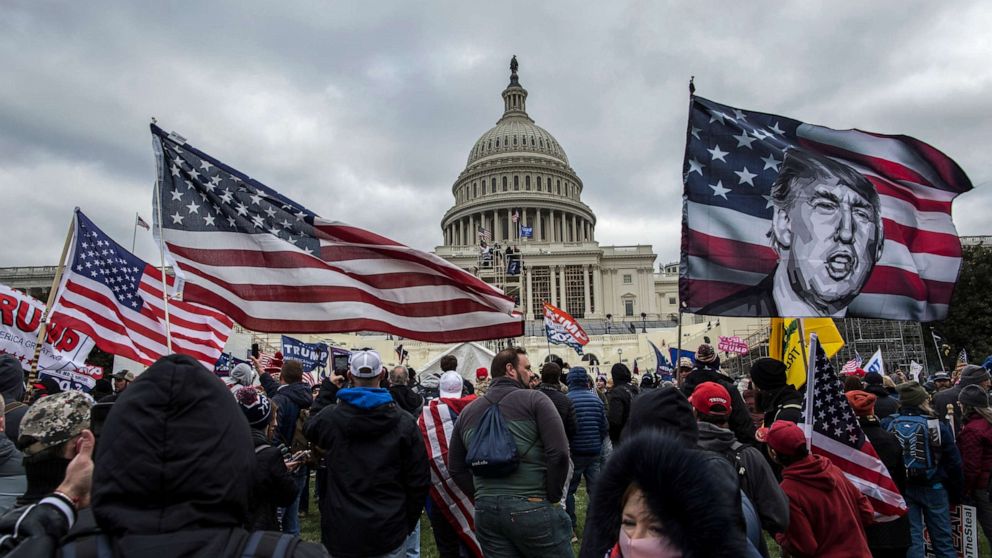 0 5
Share
President Biden is "instructing" the National Archives to release the records.October 14, 2021, 12:13 AM• 5 min readShare to FacebookShare to TwitterEmail this articleThe battle over White House records of former President Donald Trump's activities related to the Jan. 6 Capitol attack intensified Wednesday as President Joe Biden formally rejected Trump's claims that the documents should be shielded from release to the House select committee investigating the insurrection.In a letter to the National Archives, the White House counsel's office said President Biden is "instructing" the agency to comply with the House select committee's request for the records."President [Biden] maintains his conclusion that an assertion of executive privilege is not in the best interests of the United States," the letter states, after Trump last week made a broad effort to keep confidants from cooperating with the probe."President Biden does not uphold the former President's assertion of privile
Subscribe or log in to read the rest of this content.
0 5
Share FacebookGoogle+Email

This moving-average crossover may be golden for stock market bulls